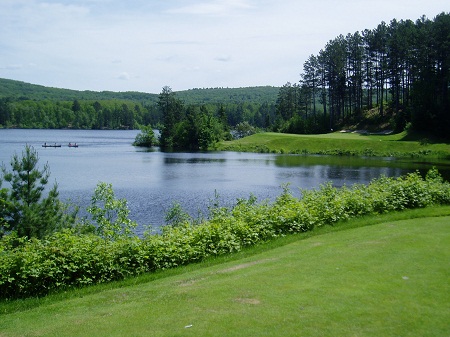 The Weekend of Man Alumni Association is pleased to annouce the first annual Ironhead Cup.  This tournament will feature a Ryder Cup style team golf tournament, captained by the two worst golfers in attendance.

Captains for The Weekend of Man Episode V are hereby announced as Nerd and Good Times Johnny.  Named after the two iron ranges in the Minnesota Arrowhead, Nerd will command the Vermilion Team, and Good Times Johnny will captain the Mesabi team.  The captains will choose their teams "gym class style" with the first pick going to the winner of a coin toss.  From there, they will alternate picks.  The Draft (as it shall be forever known) will occur over lunch two weeks prior at Noon on July 21st, 2011.  Captains will announce their pairings the evening before each match, with the first pairings being announced on Wednesday, August 3rd, 2011.  Pairings will be published exclusively on The Home of Man.

Round one will be played as a four-man best ball, with each Man playing his own ball and recording his own score.  From there, the lowest score on the hole by the team will be recorded match play style.  Round two will be played the same way as a two-man best ball, and the final round shall be individual matches.  Each match will record one point, and each tie shall record 1/2 point to each team.  There are 21 points at stake, with the first team to reach 11 points the winner.

The first annual Ironhead Cup tee times are as follows:


The Bobocracy - Calling for (and receiving) a drink from a beverage cart on a lake-front golf course while in a boat on said lake fishing.