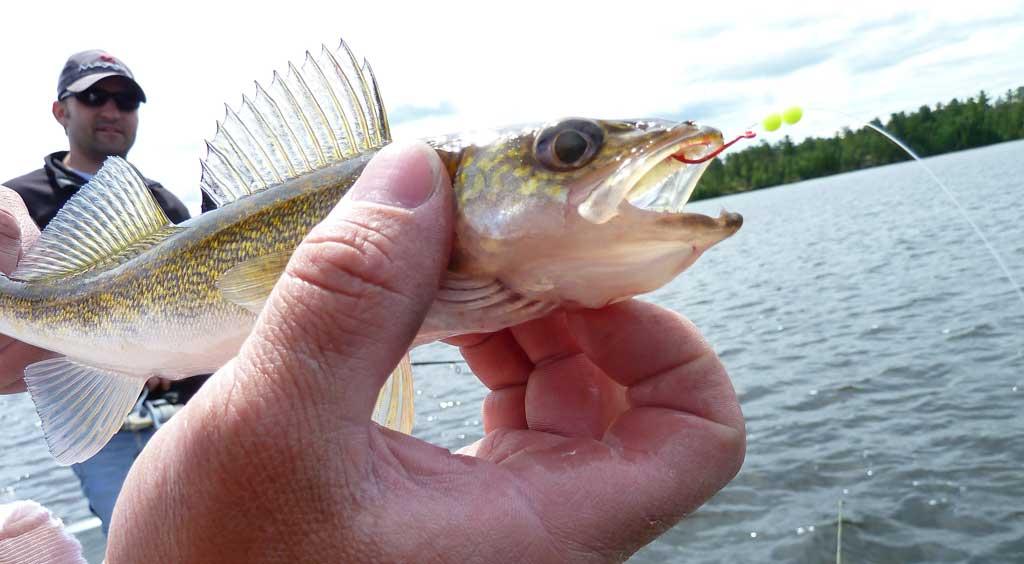 Bruce-in-Law reels in two pounds of iron ore (yes, actual ore) after a 10 minute fight.  This would be his largest catch of the year.
Year Unknown

Master Baiter Jason, named such because he caught an un-reported state record Rock Bass, caught this Muskellunge on Lake Vermilion.

The state prefers the title of Master Angler, but those who witnessed the Rock Bass catch unanimously approved his current label.
2010

The Bobocracy landed a lunker walleye on the far East end of Lake Vermilion after enduring several hours of verbal barbs from his first catch.
2008

Three and one half minutes into the first fishing expedition of 2012, Undrafted Jeff managed to land a 19 1/2" walleye on Wynne Lake.
2010

The Bobocracy landed the first fish of 2010.  Many jokes were made about the size of this catch, some quite phallic.