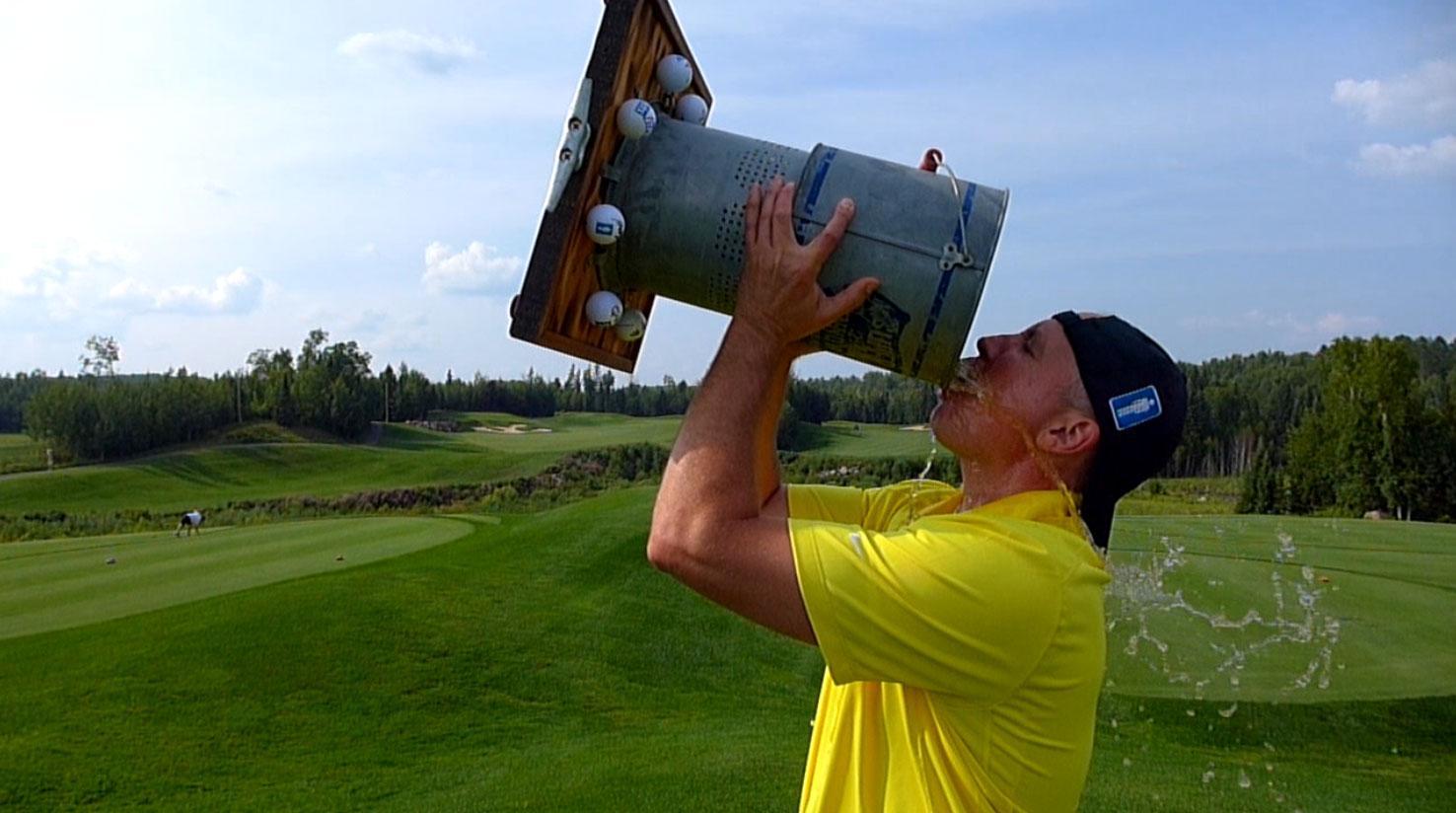 The Year of the Rookie

The rookie class was perhaps one of the strongest in the history of Man, with participants in Weekend of Man stories that have been told continously since.  Some more benign than others, each has stood the test of time and all but one remain Alumni in Good Standing.

The first rookie, Six Percent, earned his invitation to The Weekend of Man in unique circumstances.  He was the selling Realtor for The Bobocracy's Minneapolis house and was enduring one of the nastiest buying agents and closing experiences any Realtor has ever had to transact.  With a call to The Bobocracy to describe the situation he said "And the thing I'm most cheesed about is this <redacted> <redacted> agent has me late for a tee time."  He was invited immediately and accepted on-the-spot.  He is the rookie who introduced The Shortcut to Men, shaving an easy 10 minutes off the round trip to Lake Vermilion and recreation North.  Men are forever in his debt.

Sparkles, an acquaintance of Sporadic Jack, was the second rookie invited.  Sparkles brought with him decades of experience as a large city police officer, with a good portion of that spent on the bomb squad (hence the nickname.)  Sparkles arrived at Weekend of Man having passed the Candidate Questionnaire with exemplary marks.  Sparkles brought with him an ability to spin a yarn and captivate other Men, almost as well as Founding Member Good Times Johnny.  With Good Times Johnny absent for 8, Sparkles filled an unpleasant gap and memories of his tales are looked back on fondly.

Sub Prime was introduced to The Weekend of Man while he and The Bobocracy decided to play golf on a random work trip to Cincinnati.  He remains the only person to ever see The Bobocracy golf in jeans.  Sub Prime, with a strong background in lean and agile processes, brought with him an experimental mindset (to be reviewed further) that encouraged other Men to say yes to new experiences.  He was also 8's strongest adherent to Brotocol #6, Quid Pro Bro - The Rule of Instigation and Participation.  No one is perfect however, and he was found in violation of Brotocol #5.  He continues fervently to challenge the validity of Brotocol #5.

An always questionable invite sent to a Lake Citian (they are known to herd) brought Monterrey Rene Northward to 8.  Rene offered other Men a serious gift of gab, including one story that has branded him with his nickname.  His family had moved while he was a junior in high school yet he stayed so he could finish his senior year.  During the summer between, he was offered a trip with a friend to drive a teacher down to Monterrey, Mexico.  The story he told involved attempted sexual crimes against minors (he and his friend), yet he ended the story with this:  "Hey, three free days in Mexico!"

The last rookie was Amphetamine Dave, who was actually invited a year prior yet was unable to make it.  He is remembered for two things:  A 2.8 handicap that could still shoot well into the 90s, and the ability to vastly over-consume alcohol.   The Weekend of Man thanks him for his one year of attendance.

After Twenty Thirteen, Men went into 8 concerned that something, let alone anything, might actually work.  Their fears were completely unfounded and 8 proved to be a year of remarkable logistical success.

The Pioneering Men had a banner year.  The Beer of the Pioneers was perhaps one of the worst in history, Milwaukee Special Reserve Light, so poor in flavor and aroma that a call to the 1-800 number on the can was placed.  No answer was received, but a message was left with a reciting of Brotocol #7, Lipetzky's Law.  The complaints of this beer were entirely within the bounds of Brotocol #7 as well, as said beer was in fact brewed in La Crosse, Wisconsin.

Later that evening Macho Rod and Undrafted Jeff would engage with a bottle of Great Odens Raven Scotch Whiskey.  Consisting of blended malts and horrible flavor, they would spend the better part of the next morning blaming everything but the Scotch on their physical and mental ailments.  Their calls went unheard by Men in better shape, both in health and spirit.

Very late that same evening, Men became worried about Alumni Scottish Rob, who was several hours late from his estimated time of arrival.  These fears were allayed some time around midnight, when several Men took to a ceremony of standing in the middle of the street shirtless (a drunk idea looked back upon with sober regret), after which Scottish Rob, his SUV, and Mostly Harmless appeared from around the bend.

The Ironhead Cup captains were chosen to stoke an old high school rivalry, with Undrafted Jeff captaining the Bowser Big Oaks against Sam Adequate and Casco.  The first day two four-man matches, with the first match being a walk-over with the Bowser Big Oaks crushing Casco 6 up.  The second match was closer and Casco scrapped out the other two points with a miraculous birdie on the 18th hole by Kahnke Kong.  The second day's matches saw Casco take a one point lead, returning the 6 up battering from the day before.  The last day came down to the very last match.  The Bowser Big Oaks took two of the first three, leaving both teams tied.  Sporadic Jack and Six Percent absolutely leveled Cinnamon! and Amphetamine Dave in the final match, winning 7 up, which remains the most lopsided victory in the history of the Ironhead Cup.  Undrafted Jeff would celebrate by drinking beer from the new Ironhead Cup trophy, the Marquee de Sod, while standing on the first tee of the course that delivered his team the victory.

Fishing was uneventful in the most positive of ways.  Boats ran well and fish were caught.  Sam Adequate showed signs of getting over his fear of living creatures by actually removing a fish from his hook.  Cinnamon!'s distaste for leeches continued however, as he again would only touch them with a pair of pliers.  Men remain hopeful for a future change in the handling of bait by Cinnamon!.

Enough fish were caught that a small fish fry took place that fed several Men.  The butchering of the fish was pure butchery, as no Man actually remembered to bring a fillet knife and the fish were prepared and cleaned with a vegetable paring knife.  This resulted in fish "bites" as opposed to fish fillets.  The flavor of said fish was unaffected.

In addition to delicious fish, the reopening of The Whistling Bird in Gilbert, MN saw Men return to the restaurant where The Weekend of Man was officially formed.  After six years, Men again dined on sweet potato fries, jerk wings, and a plethora of other Caribbean dishes that satisfied everyone's hunger.  Bruce-in-Law was not present in 2014, so no Fettuccine Alfredo was illogically ordered.

The Year of Experiments

Critical situations, such as those faced by Men in Twenty Thirteen, leave one open to new ideas, approaches, and suggestions to not only avoid repeating past mistakes, but also to seek new experiences and adventures.  8 was an embodiment of this spirit in many ways.

Twenty Thirteen Rookie Billy Blaze served up the first point of experimentation.  He and The Bobocracy took a minnow bucket that belonged to Sporadic Jack's grandfather, and turned it into the Marquee de Sod, the new trophy for the Ironhead Cup.  This minnow bucket dates to the 1920s/30s, and was expertly remade by Billy Blaze into a true work of art.  It hosts a signed golf ball for every winning captain of the Ironhead Cup, and was sealed to allow consumption of beer from it.  Undrafted Jeff, celebrating his Ironhead Cup win, is pictured with the Marquee de Sod above.  The trophy was later celebrated by several other golfing groups in the parking lot of the golf course, which left them highly dissatisfied in their own trophies and ceremonies.

The second Kata cycle was the introduction was a set of road rules, designed to make even the drive to The Weekend of Man a journey in its own right.  The rule adopted was that a mandatory stop would be made at a small town roadhouse bar.  The selected roadhouse, chosen more for the carrying capacity of The Bobocracy's bladder than anything else, was El Toro in Cotton, Minnesota.  While many would see El Toro as another forgetable small-town bar, the more astute Men that visited took in an enjoyed Schmidt's beer on tap, a mesmerizing Grain Belt mirror, and a plethora of pull tabs.  The Weekend of Man may look to pen a highly-positive Star Tribune restaurant review of El Toro in the future.

The third experiment also involved driving with a particular emphasis on navigation.  Rookie Man Six Percent, still drunk from the night before, somehow managed to convince other Men that a dirt road to places unknown would actually get Men to their tee time far faster.  While suffering through the only rainy morning of 8, the junction to Highway 135 appeared, just as Six Percent predicted.  It is now the standard course, known in aviation parlance as a "Company Route", to Lake Vermilion and Fortune Bay.

An evening test of universal laws also took place during 8.  Kahnke Kong, after making a disasterous decision to re-throw all five dice in a game of 6-5-4, proceeded to challenge the core principles of Mathematics to defend his decision making.  This resulted in a 90 minute segue from the dice game to statistical analysis by four Men.  Kahnke Kong was incorrect in his proofs, a point to which he still raises objection.

The final experiment of 8 saw Men travel to other establishments within Gilbert after dining at The Whistling Bird on the suggestion of Sub Prime.  It became the first true challenge to Brotocol #5 as a platoon of Men made tracks to The Gladiator.  Sparkles and Cinnamon! must not have understood that it was a gentlemen's club as they immediately proceeded to the billiard table, ignorant of other events around them.  Other Men found seating arrangements closer to other activities.  The Bobocracy entered shortly after to inform several Men that had carpooled together that it was time to hit the road.  This was followed by a topless female employee walking up to the group, and stating very matter-of-factly with the most gravely smoker's voice one could imagine, "Why do you have to hit the road?  What did it ever do to you?"  The Bobocracy, as Chief Man and Founding Member, and Macho Rod, a fellow Founding Member, strongly upheld Brotocol #5, spending 48.37 seconds and zero dollars in The Gladiator.

Rookies.  Things Working.  Experimentation.  All sub-themes of another grand Weekend of Man.


When I used the ATM it said English or Chippewa. I selected Chippewa and it gave me tobacco.


Good Times Johnny - Early morning at the casino, still drunk from the night before.