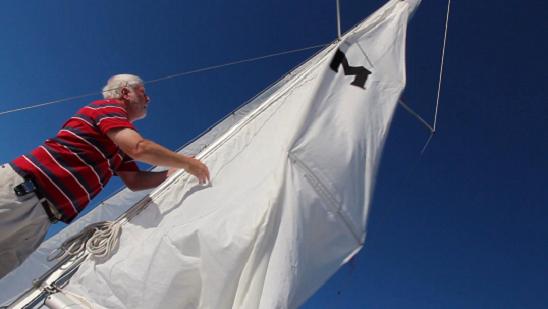 Preparations began early in the year of 2011 for The Weekend of Man that year.  Through one of the worst winters the Upper Midwest has seen, a plethora of forward thinking ideas and innovations would make The Weekend of Man Episode V (2011) superior to its predecessors in almost every way.  However in the weeks leading up to Episode V, the Minnesota State Legislature would take the Weekend of Man 2011 to the brink of cancellation.

A battle between the state legislature (Republican) and the newly-elected governor (Democrat) resulted in the State of Minnesota shutting down all non-essential services for almost the entire month of July.  As it turns out, Giants Ridge is majority owned by Iron Range Resources, which itself is owned by the State of Minnesota.  The legislature and governor's office finally came to an agreement four days before The Weekend of Man would begin.

After some dramatic last-minute lodging changes in 2010 that inconvenienced several Men, The Weekend of Man Alumni Association came to a spectacular agreement with Giants Ridge that allowed Episode V to reschedule to later in the year to August while still maintaining the excellent rates they paid earlier in the season.  This move away from June greeted Men with temperatures averaging 20 degrees warmer, and something that had been a rare site in year's past:  The sun.

Early arrivals, much the same group as in past years, upheld tradition by purchasing the cheapest beer they could find, this year one called Mountain Crest.  It was stated most eloquently by Undrafted Jeff:  "I need to get a Blatz Light to wash this Mountain Crest out of my mouth."  The consumption of cheap beer coincided with a new tradition:  The Smoking of the Pipes.  Sporadic Jack has many tobacco pipes from his younger days, so he stopped at a tobacconist and picked up a few different flavors, enjoyed by many Men.  The sun set peacefully as this esteemed group of Men enjoyed their drinks, pipes, and stories from year's past.

The next day, The Bobocracy had to pick up two rookie attendees, Scholarship and The Nordique, who were flying into Duluth from Toronto, Canada.  Instead of simply driving to Duluth, he arranged for a floatplane and piloted said plane from the lake at Giants Ridge to Sky Harbor Airport, located in Duluth Harbor.  All three Men returned to Giants Ridge, landing on the water, unloading clubs, and heading straight to the golf course.

Other Men had been gathering at the course for what would be the year's biggest addition to The Weekend of Man:  The Ironhead Cup.  A Ryder Cup style golf tournament, The Ironhead Cup pitted a team captained by Good Times Johnny against a team captained by Nerd.  The tournament format was enjoyed by all.  After the round, The Opening Ceremonies began, this time labeling the spicy food and keeping it separate from the rest, much to the chagrin of the Chief Man.

The next morning saw some Men pour out of their vehicles as the second round of the Ironhead Cup began.  Rookie Man Sir Mix-a-Lot lived up to his name, starting with two cocktails on the fourth hole.  He continued rotating through a variety of cocktails and beer during the round.  After the match, as Master Baiter Jason (the last man off the course) walked into the clubhouse, the skies opened up with about 30 minutes of torrential rainfall.  Men were comfortable in the clubhouse enjoying lunch and cocktails, with Critical Steve drinking his first-ever gin and tonic.  Shameful for a Man his age to never have experienced the deliciousness of such a wonderful cocktail.

After returning to Giants Ridge, a few Men went fishing, catching five walleyes.  Scholarship boarded the boat wearing swim goggles and holding an electrified tennis racquet that he planned to use as a fly swatter.  Beyond the mocking however, was the setup for one of the greatest long-play jokes told by Man.  It began the year prior, while Undrafted Jeff, The Bobocracy, and Good Times Johnny were trapped on Lake Vermilion, a question arose about what one would do with a "105 pound problem", strictly from a logistics point of view.  While fishing with Scholarship and The Nordique, Undrafted Jeff brought the topic to their attention, offering up his own solution:  Undrafted Jeff stated unequivocally that he would call the Phoni Peroni, because he would know exactly what to do.

Later in that evening, the second greatest addition to The Weekend of Man was introduced.  The Brewmaster and the Founder of Lake Superior Brewing, a Minnesota craft beer maker, greeted thirsty Men at Giants Ridge with their entire catalog of offerings.  They shared stories of beer making and information about their beers while we ate steaks masterfully prepared by Good Times Johnny and Alumni Rookie Sir-Mix-A-Lot (who mixes a lot.)  What was originally planned to be a brief encounter by Lake Superior Brewing finally ended at one in the morning.  They have already confirmed for next year.

During The Feast of Man, Undrafted Jeff unloaded his long play joke, asking the Phoni Peroni what he would do if he encountered the logistical problem talked about earlier.  He deadpanned perfectly:  "OK, first stay calm.  Second, how much does she weigh?"

Fortune Bay the next morning saw a riveting end to the Ironhead Cup.  Good Times Johnny and the Vermilion Team came away with the Cup, winning 5 1/2 to 3 1/2.  The deciding match was between Scottish Rob and the Phony Peroni versus The Bobocracy and Undrafted Jeff on the last day.  After taking an early lead, The Bobocracy and Undrafted Jeff let the match slip away on the back nine.  Scottish Rob buried a 20+ foot putt for birdie on the 14th hole to take the match to dormie.  After two amazing back-to-back par fives, The Bobocracy clawed the Mesabi (Orange) team back but the Phony Peroni, who hit every fairway over the round, put the match away on the 17th with a par that halved the hole giving Vermilion (Blue) the victory.  Repeating an identical scene as the day before, Master Baiter Jason was again the last man off the course.  As the clubhouse door behind him closed, the skies burst into torrential rain.

That evening, Men hung out, Men went fishing, Men simply relaxed.  Several remained in their villa, eating two entire crock pots filled with nacho cheese and steak leftovers from the Feast of Man.  The smell in said villa was unpleasant.  Those that went fishing ended with nine walleye caught, however none were kept.  Undrafted Jeff was the trophy winner for fishing, boating both the most (four) and the largest (18 inches.)  Proving a comfortable Man, all his fish were caught on pink hooks.

The following morning was another gorgeous summer day with a round of golf concluding the weekend.  After finishing the round, Men packed up and headed home, ending the first Weekend of Man to suffer no dramatic weather events.  The first weekend in August is now the permanent timing of The Weekend of Man.

It was decided that in order to smoke The Nordic, the most fanciful of the tobacco pipes, one must properly graduate.  Cinnamon faces disiplinary action during SIX (2012) for violation of this rule during Episode V.

Good Times Johnny lost his keys the day after the visit by Lake Superior Brewing.  They would not be found until late the next afternoon in his shorts pocket.  Up to that point in time, he had yet to wear that pair of shorts.

The Bobocracy and Scottish Rob arrived two days early, spending their time camping and sailing on Lake Vermilion.  A crystal clear night while anchored next to the BWCA provided amazing views of the night stars.