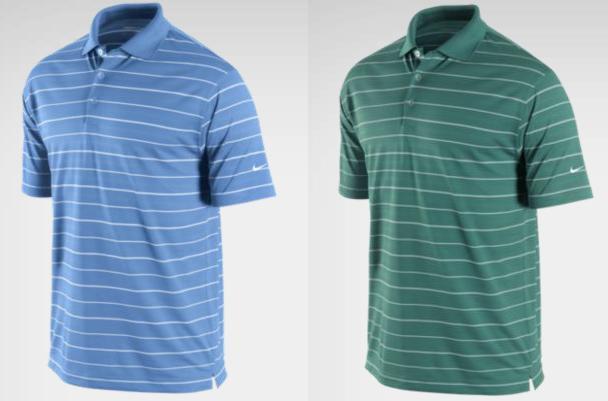 On the afternoon of April 16th, 2012, Citizen Dique and Cinnamon!, the captains of the 2012 Arrowhead Cup chose their branding for the coming tournament.

Each captain was required to pick the shirt from the other team.  Citzen Dique chose Valor Blue to adorn the squad led by Cinnamon!.  Cinnamon! elected Pro Green for his competitor.  Both chose stripes.  All the shirts will carry The Weekend of Man SIX logo on the right sleeve.

Continuing to improve on The Weekend of Man, this years shirts are Nike Dri-Fit UV Tech polos, the absolute top-of-the-line in golf apparel.  Extremely comfortable and cool, each Man shall play in comfort for the duration of the 2012 Arrowhead Cup.  Better yet, they will be offered at the same price as last year's now inferior shirts.


Dr. Chuck and Mr. Solheid - Stating his opinion of observations made unto him by Man Alumni.